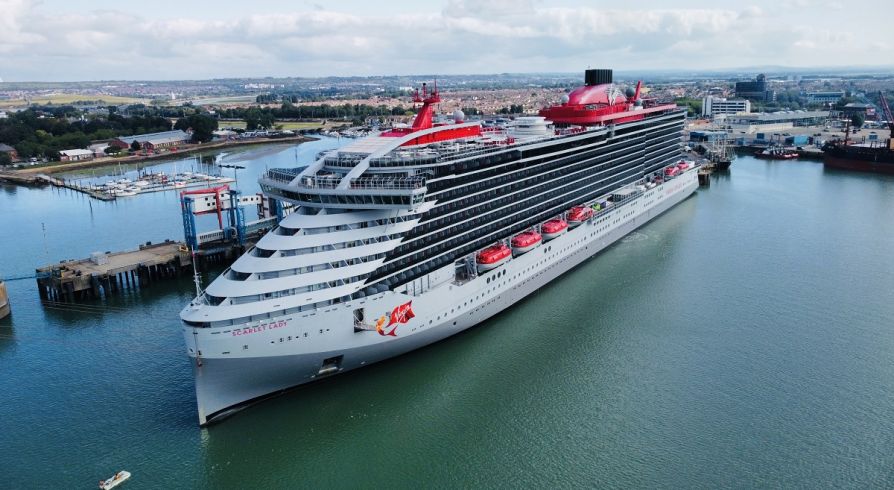 espite the challenges of the pandemic, 2021 is set to become the most successful in Portsmouth International Port’s history for cruise operations, with a record number of days alongside, maiden calls, and forecast economic growth for the city, published in a report to Portsmouth City Council’s Cabinet on Tuesday 5 October.

By the end of the year the port is expected to see over 130 days of ships alongside, in comparison to the last previous high of 65.

The port has seen the most ever maiden calls, with eight new cruise ships coming to Portsmouth for the first time including TUI’s Marella and Marella Explorer 2, the world largest square-rigged sailing vessel, Golden Horizon, Regent’s Seven Seas’ Splendor, Fred Olsen’s Borealis. Virgin Voyages launched their world first passenger sailing from the city on their brand ship Scarlet Lady, which at 277m is the now the largest ship ever managed by the port. Finally luxury line Viking launched their first UK based turnarounds from the city, and also the inaugural departure for their brand new vessel Viking Venus.

The port also hosted its first naming ceremony, which saw Saga’s Spirit of Adventure christened in Portsmouth with a traditional bottle smashing event, live streamed across the globe.

In August the port also managed three cruise ships at one time, making use of multi berths.

With plans to create a terminal extension to accommodate the anticipated increase in cruise passengers due to be completed by spring 2023, an independent assessment from Oxford Economics on the value of cruise growth to the city over a 40 year period from 2021 has been estimated securing £205m for UK GDP per annum.

The terminal transformation development will support an average GDP contribution of £43 million per annum to the Portsmouth City Council area over a 40-year period.

Cllr Gerald Vernon Jackson, Leader of Portsmouth City Council said: “It is refreshing to say that this year has been hugely successful for the port and puts them in a great position to continue growing.

“The figures we’ve seen from independent experts are huge and so are the benefits for the city. This is why the terminal extension project is crucial in being able to manage an increase in passengers.

“Next year the port will welcome back Virgin Voyages and the second edition to their fleet Valiant Lady, attracting 2800 passengers per call. It is anticipated that this could see a boost to the city of £1.5m for each voyage through direct and indirect costs.

“This report highlights we are heading in the right direction for our cruise ambitions and we are seeing the rewards already.”

Mike Sellers Portsmouth International Port’s director said: “While this has been a difficult couple of years for the industry, what we have seen is real creativity from cruise lines in how they operate, which has included operating in different ways for the UK market.

“The whole team has worked tirelessly to manage an incredibly busy period and the results speak for themselves.

“Our ambition has been to consistently grow within the small to medium sized market and this strategy is proving to be successful.

“We are attracting lines new to the UK market that complement the current cruise offer in the south of England.

“Our terminal extension is an essential infrastructure development to support this this upward trend and I’m pleased that work will soon start to take shape.”

The port will be exploring ways to capture data from passengers on the number of overnight stays and joint work that can be done through our partners to maximize opportunities for hotels and attractions in the city.