Berth of a new era as a ceremonial name announced 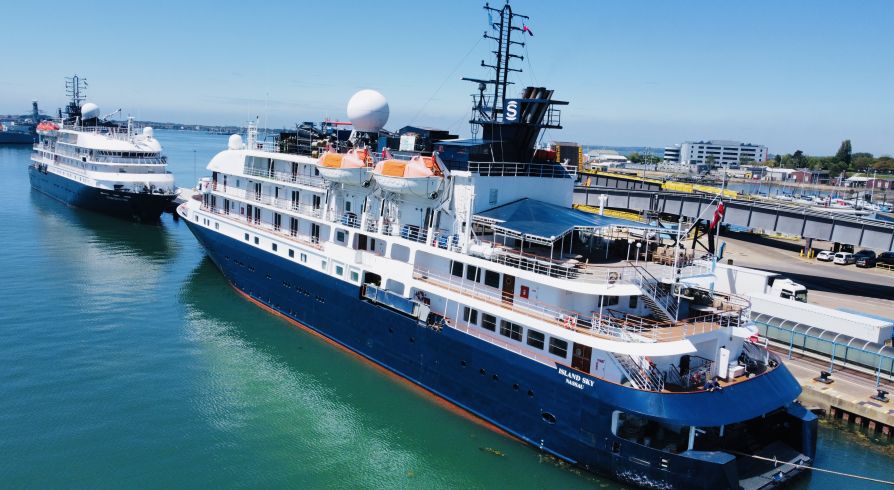 The port’s recently extended berth is to be given the ceremonial name of ‘The Ayrton Berth’, after the British engineer, mathematician, physicist, suffragette and inventor Hertha Ayrton, who was born in Portsmouth.

Completion of the port’s multi-million pound berth extension, undertaken during a period of significant challenge, means the port can now manage larger ships, or multiple smaller ships at the same time.

Investment in the port’s infrastructure is part of an ambitious strategy to continue growth as a leading player in the maritime industry, and one of the UK’s most sustainable ports.

To mark this achievement, the berth is to be awarded a ceremonial name by Portsmouth’s Lord Mayor at a ceremony this coming Sunday. The berth will also be blessed by the Dean of Portsmouth Cathedral, the Very Reverend Dr. Anthony Cane.

As the port is owned by the people of Portsmouth, they called called on the city’s residents to submit their suggestions of famous engineers and seafarers who would would link this feat of engineering to Portsmouth’s past as a proud seafaring city and a centre of engineering excellence.

Out of the many excellent suggestions received, the director of the port, Mike Sellers, and the Leader of the Council, Cllr Gerald Vernon-Jackson, chose Hertha Ayrton, the British engineer, mathematician, physicist, suffragette and inventor who was born in Portsea in 1854.

In a remarkable career, she was elected the first female member of the IEE (Institution of Electrical Engineers), and also was also the first woman to win the Hughes Medal from the Royal Society, in 1906 in honour of her research on the motion of ripples in sand and water and her work on the electric arc.

“This investment and completion of the berth extension means more opportunities to welcome a range of ships, helping to support the city bounce back after the impact of the pandemic.”

“Following a successful summer season we thought this was the perfect opportunity to mark this engineering achievement, by naming the berth after one of the city’s most celebrated engineers.”

Janet Martin was one of those who suggested Hertha Ayrton, and following a prize draw, received a luxury Fortnum & Mason hamper courtesy of Noble Caledonia. Their ship Island Sky will be alongside the berth for the ceremony.

Janet, who lives in Cosham said: “I was delighted to win the hamper, and the name that I chose was picked as the ceremonial name of the berth. Hertha Ayrton was a remarkable woman, and I think she’d approve of such a feat of engineering being named after her.”