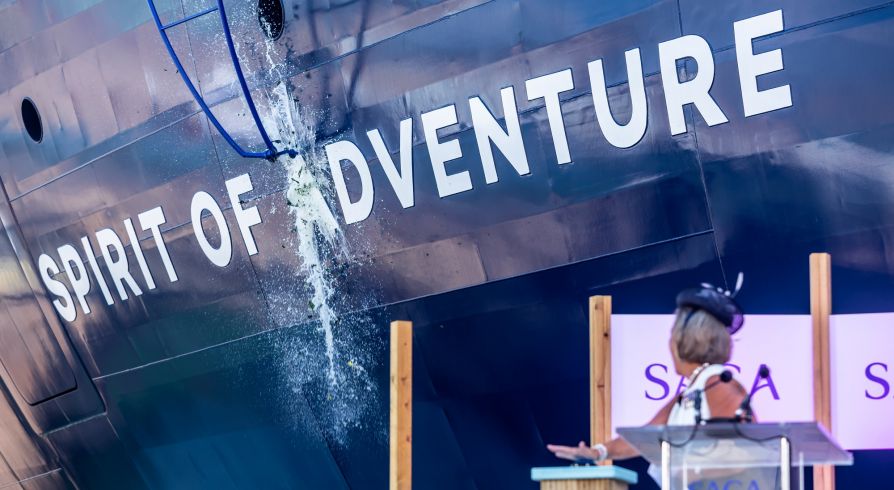 Saga Cruises’ new ship Spirit of Adventure was named at Portsmouth International Port, on Monday 19 July, with a traditional bottle smashing ceremony. It was the first new cruise ship to be named at the port.

The 999-passenger ship, a sister to Spirit of Discovery, was named by the recently retired Head of the Royal Navy Medical Service, Commodore Inga J. Kennedy. A ceremony took place including a blessing from the Dean of Portsmouth, and speeches from the CEO of Saga Travel Nick Stace, the Captain, Kim Tanner, and Leader of Portsmouth City Council, Cllr Gerald Vernon-Jackson. The Lord Mayor of Portsmouth, Cllr Frank Jonas, was also in attendance.

The naming of Spirit of Adventure demonstrates the value of the multimillion investment to transform the port into a leading cruise terminal, with an extended cruise berth allowing events of this nature to take place.

Attention will soon turn to transforming the terminal to create an extension on the existing building that will provide the ability to handle up to 2000 passengers.

You can re-watch the ceremony below.